7Launcher — is a game-client, created for comfort while installing and updating the CS: GO, also for the opportunity of control your own special game-settings. Our dream – is to create the most functional, simple and usefull program.

Downloaded: 5492823 times
By downloading the program, you agree to the terms of the License agreement.

Always provides you the latest topical version of the game to install.

Interface is localized and adapted for different languages supported by game. 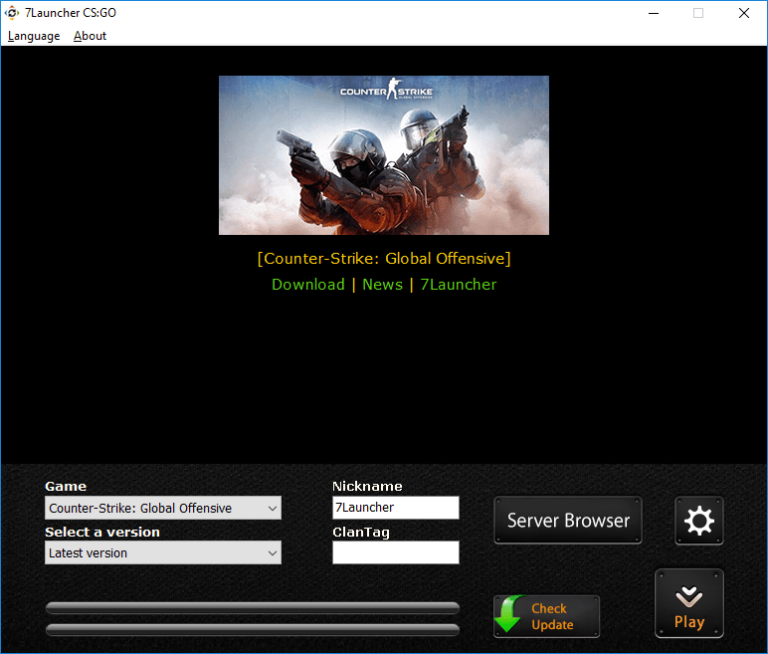 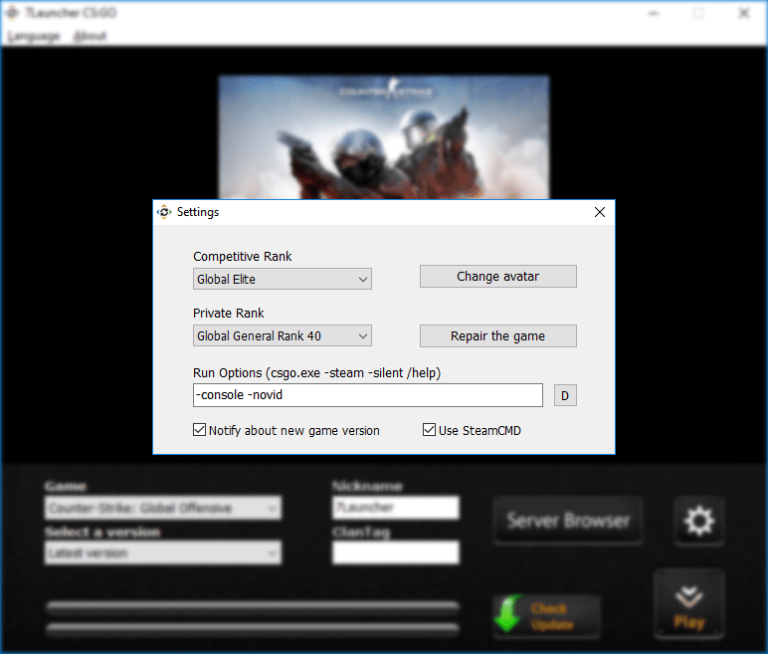 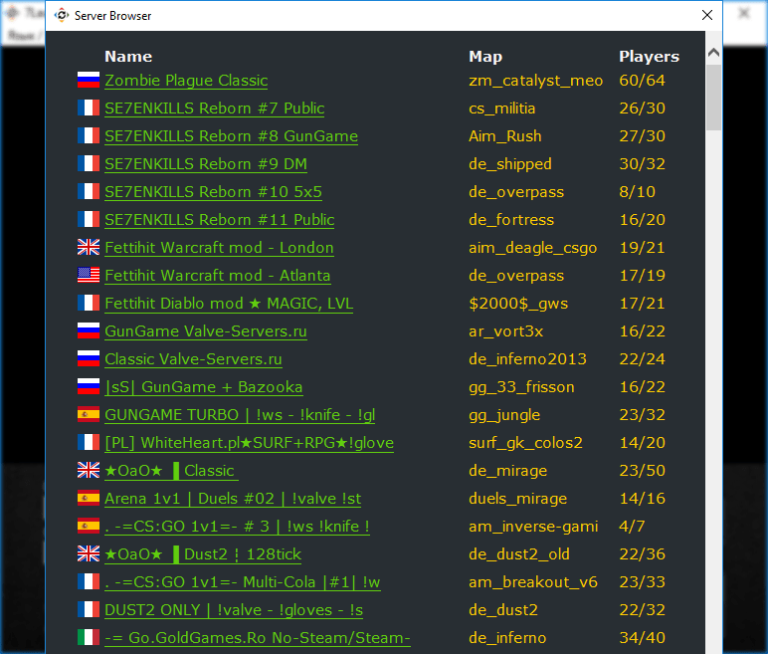 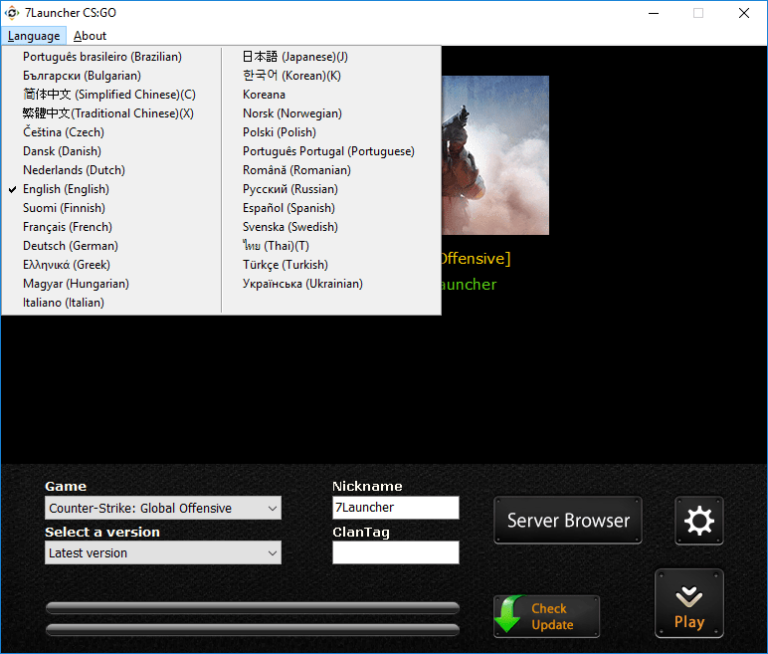 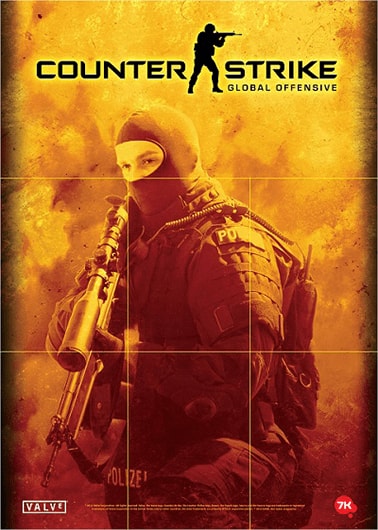 Today, downloading CS: GO means get a lot of emotions and plenty of sleepless nights. The version of CS GO, unlike CS Source, which collected significantly fewer fans, was able to win millions of hearts. This is not a big surprise, because active developers are constantly working on game improvements probably at this moment you’re reading text. They continue to add all kinds of innovations like beautiful weapon skins, new operations including unique maps, new cases with the chance of dropping a certain weapon and lots of other exciting things. However, the main advantage is improved physics and graphics, which are still in the process of constant checking and reworking. Absolutely worth downloading, isn’t it?

Counter-Strike: Global Offensive is the next creation of the Valve company, which can be named as perfect game because of millions of different improvements and hard-working developers. All sorts of knives, beautiful weapons skins and a large number of other cool things made the game extremely popular among world players.

Special attention was paid to expanding the maps and active players found it so great idea. Now there are significantly more possible points to hold the positions, and number of slots was really increased on servers. It is also worth noting that the developers particularly focused on the cybersport direction.

The history of the most popular game Counter-Strike: Global Offensive starts with an official announcement, which took place on August 12, 2011. The developer of the latest version of the Counter-Strike series is still the company Valve.

The developers promised to preserve the original gameplay from the version of Counter-Strike 1.6, a classic set of maps and add absolutely new multi-user territories. Also there were online charts of records with auto-selection of players for the match in the announcement . The beginning of 2012 was set as the preliminary release date for the updated shooter. At the same time, the game was planned to be spread to the most gaming platforms.

Back then, many sites suggested that the CS: GO game would use the Source engine but there was no direct information about it in the announcement. In addition, some large portals published such a game trailer, but actually, after checking it was just an amateur cutting of cadres from Counter-Strike Online.

Later, after the first announcement, there was some news that the Valve developer invited the best pro-players for the beta test procedure. They were allowed to download the CS GO to immerse themselves in the gameplay and identify possible bugs and errors. One of them was described the game as “extremely chic”. He also confirmed that the project uses the latest version of the Source engine. Tester expressed the opinion that what he saw in beta testing of the game was pretty working version, and looked much better than lots of projects that had already been completed by that time.

Now this game is preferred by tens of thousands of active players in various parts of the world. And many of them play through the specialized launchers, which facilitate the game process for the computer.

We can endlessly speculate on the topic that in this game you can see a lot of similarities with the shooter’s predecessors. But the developers actually did not deny this. Everybody understood that there will be a lot of echoes from the 1.6 and Source. Even Valve said in their interviews that this is not some incredibly unique project, but the processing of old projects. Keep in mind that the game may not surprise you. But this shooter will please you for sure. In some ways, this shooter is a hundred times better than predecessor. 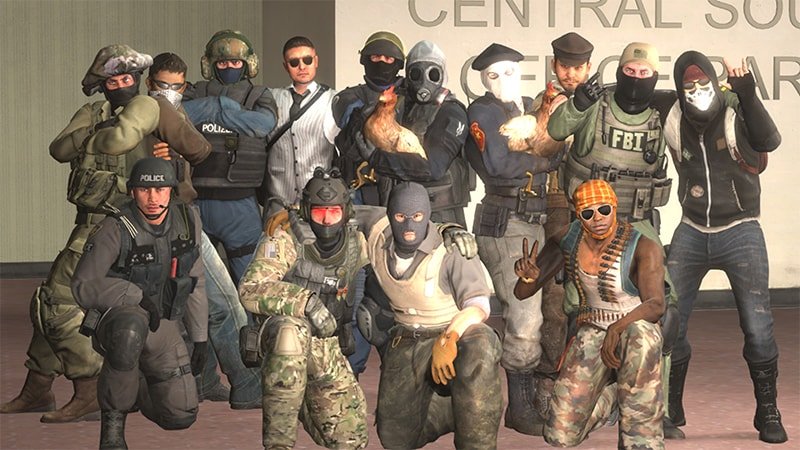 In the end, we can say that the project is worth attention. So feel free to decide to download CS Go via launcher. Violent battles are waiting for you. The opposing sides are the same, but the various additions still make the battle more interesting and exciting. After downloading dozens of new products in this genre, you can understand that the game of 2012 is almost in no way inferior to high-profile novelties. So Valve did an awesome job.

Finally, we recommend you to use our 7Launcher to make the download as fast as it possible. The version of the game is original. Therefore, if you decide to download CS: GO with all skins, then you will not find third-party and often not the most pleasant modifications.